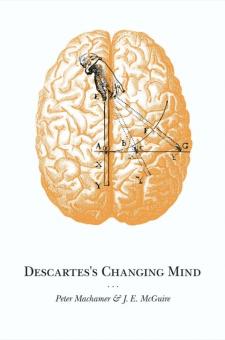 Descartes's works are often treated as a unified, unchanging whole. But in Descartes's Changing Mind, Peter Machamer and J. E. McGuire argue that the philosopher's views, particularly in natural philosophy, actually change radically between his early and later works--and that any interpretation of Descartes must take account of these changes. The first comprehensive study of the most significant of these shifts, this book also provides a new picture of the development of Cartesian science, epistemology, and metaphysics. No changes in Descartes's thought are more significant than those that occur between the major works The World (1633) and Principles of Philosophy (1644). Often seen as two versions of the same natural philosophy, these works are in fact profoundly different, containing distinct conceptions of causality and epistemology. Machamer and McGuire trace the implications of these changes and others that follow from them, including Descartes's rejection of the method of abstraction as a means of acquiring knowledge, his insistence on the infinitude of God's power, and his claim that human knowledge is limited to that which enables us to grasp the workings of the world and develop scientific theories.