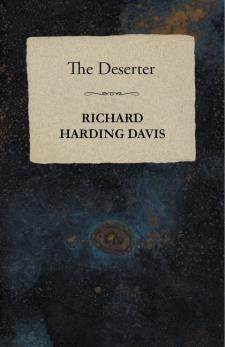 This early work by Richard Harding Davis was originally published in the early 20th century and we are now republishing it with a brand new introductory biography. 'The Deserter' is a short story about war correspondents. Davis attended Lehigh University and Johns Hopkins University, but was asked to leave both due to neglecting his studies in favour socialising. During the Second Boer War in South Africa, Davis was a leading correspondent of the conflict. He saw the war first-hand from both parties perspectives and documented it in his publication 'With Both Armies' (1900). He wrote widely from locations such as the Caribbean, Central America, and even from the perspective of the Japanese forces during the Russo-Japanese War. Davis died following a heart attack on 11th April, 1916, at the age of 51.