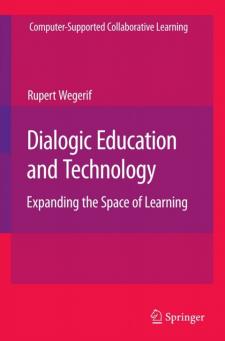 Scientists in China's laboratories have developed hundreds of transgenic crops, but only one is insect-resistant cotton and planted widely on farms. This apparent paradox has inspired the writing of this book Agricultural Biotechnology in China: Origins and Prospects. Against the backdrop of ongoing global controversy over the safety and benefits of transgenic crops, this book focuses on two key questions: 1) What historical as well as recent economic, political and social developments account for China's sizeable investment in research on transgenic crops and the apparent mismatch between laboratory and commercial activity?; and 2) What are the chances that transgenic crops will be introduced on a large scale in China, and if so, what are the potential benefits, drawbacks, and constraints associated with widespread adoption? These questions are particularly timely as China's regulators may soon approve transgenic rice for commercial planting, making it the first food crop to be grown on a large scale in China. China's investment in transgenic crops is driven as much by a broader science and technology development agenda as by the needs of its agricultural sector. Therefore, China's policymakers can securely pursue the first goal while postponing adoption decisions, which are likely to depend on the technology's greater global acceptance and the strength of regulatory oversight, extension mechanisms, and demonstrated need in China's rural areas. The authors begin by describing the origins of China's earliest agrarian civilizations and how agricultural technology historically contributed to the emergence, rise, and fall of states and dynasties. The book then focuses on how post-industrial advances in chemistry and biology led to the development of technologies (including high-yielding seeds, pesticides, and fertilizers) that ushered in a period of expanding global harvests in the mid-20th Century known as the Green Revolution. The political, economic, and social factors that influenced the patterns of adoption as well as the successes and shortcomings of Green Revolution technologies in China are then explored in detail. The authors then introduce transgenic crops - the origins, tools and techniques, and initial patterns of market acceptance or rejection worldwide - describe in depth why, where, and how research on transgenic crops first began in China. This section evaluates the effectiveness of policies that promoted science and technology development as part of the post-1978 reform agenda, and suggests why support for agricultural biotechnology-and transgenic crops in particular-was included alongside land and market reforms. The authors move on to questions related to adoption of transgenic crops in China, looking first at how structural changes in the seed industry and the introduction of value-added varieties are changing age-old relationships between farmers and seed providers. In the final chapters, the authors present how well suited transgenic crops may be to meeting persistent and emerging challenges facing China's agricultural sector today.