The Dialogic Nation of Cape Verde 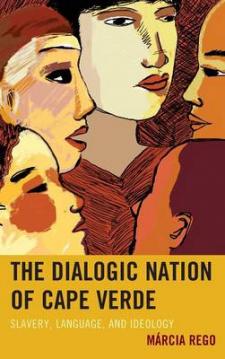 The Dialogic Nation of Cape Verde: Slavery, Language, and Ideology is an ethnographic study of language use and ideology in Cape Verde, from its early settlement as a center for slave trade, to the postcolonial present. The study is methodologically rich and innovative in that it weaves together historical, linguistic, and ethnographic data from different eras with sketches of contemporary life-a homicide trial, a scholarly meeting, a competition for a new national flag, a heterodox Catholic mass, an analysis of love letters, a priest's sermon, and a death in the neighborhood. In all these different contexts, Marcia Rego focuses on the role of Kriolu (the Cape Verdean Creole) and its relation to Portuguese-that is, on the way people live through speaking. The Dialogic Nation of Cape Verde shows how, through the dialogic give-and-take of the two languages, Cape Verdeans wrestle with deep-seated colonial hierarchies, invent and rehearse new traditions, and articulate their identity as a sovereign, creole nation.