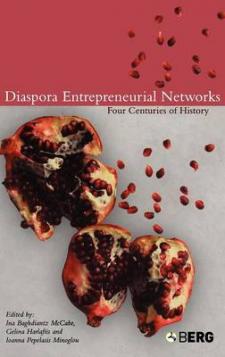 Diasporas large-scale ethnic migrations have been a source of growing concern as we try to understand the nature of community, identity and nationalism. Traditionally, diaspora communities have been understood to be pariah communities, and most work on diasporas has focused on specific groups such as the Jewish or African Diaspora. This book is unique in arguing against traditional interpretations and in taking a comparative look at a range of diasporas, including the Jewish, Arab, Chinese, Japanese, Indian, Maltese, Greek and Armenian diasporas.Taking the past four centuries into consideration, the authors examine diaspora trading networks across the globe on both a regional and international level. They investigate the common patterns and practices in the enterprises of diaspora peoples and entrepreneurs. The regions covered include Western Europe, the Mediterranean, South West Asia and the Indian Ocean, and South East Asia. Global networks of diaspora trading groups were crucial to international trade well before the twentieth century, yet because they were not part of established institutions they have remained elusive to economists, sociologists and historians.Through an understanding of diaspora trading networks, we learn not only about diaspora communities but also about the roots of the modern global economy.