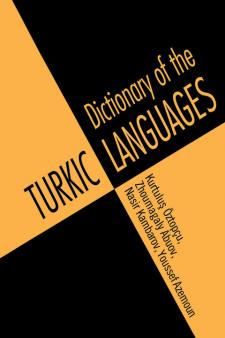 This multi-language dictionary covers the eight major Turkic languages: Turkish, Azerbaijani, Turkmen, Uzbek, Uighur, Kazakh, Kirgiz, and Tatar. 2000 headwords in English are translated into each of the eight Turkic languages. Words are organized both alphabetically and topically. Original script and Latin transliteration are provided for each language. For ease of use, alphabetical indices are also given for the eight languages. This is an invaluable reference book for both students and learners and for those enaged in international commerce, research, diplomacy and academic and cultural exchange.