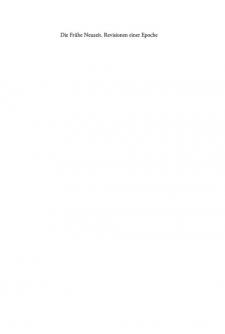 Based on the key concepts of ‛pluralization’ and ‛authority’, the series presents studies on early modern literature and culture from the 15th to the 17th century. The early modern period is increasingly recognized in cultural studies as an age whose cultural paradigms still largely depended on medieval norms and traditions but at the same time also created a set of conditions that facilitated Europe’s transition to modernity. As opposed to established historical grand narratives such as modernization or secularization, the volumes in this series attempt to describe the dynamics of the period as a complex interaction of mutually competing world views, knowledge structures and behaviour patterns. The series explores these dynamics from an interdisciplinary perspective, including studies on literature, linguistics, history, philosophy, art, music and legal history.