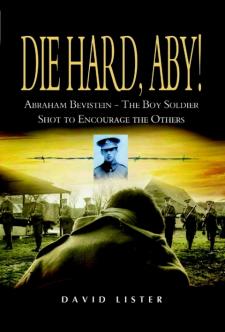 Recent books, many by Pen and Sword, such as Shot At Dawn have highlighted the shocking cases of young British soldiers in the Great War being executed by their own side. All too often their trials were cursory and the evidence flimsy. This scandal has appalled right-minded people of all political persuasions. This book examines in depth the case of a young Jewish boy, Aby Beverstein who enlisted in the Middlesex Regiment. Aby was wounded, hospitalized and on (possibly premature) release did not return to his battalion immediately. The authorities arrested and tried him.His execution was greeted with horror by his family and those who knew him and readers will feel equally outraged.