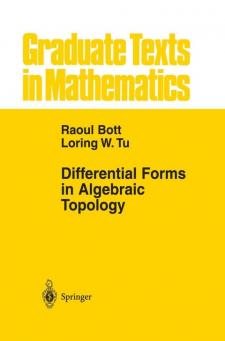 Developed from a first-year graduate course in algebraic topology, this text is an informal introduction to some of the main ideas of contemporary homotopy and cohomology theory. The materials are structured around four core areas: de Rham theory, the Cech-de Rham complex, spectral sequences, and characteristic classes. By using the de Rham theory of differential forms as a prototype of cohomology, the machineries of algebraic topology are made easier to assimilate. With its stress on concreteness, motivation, and readability, this book is equally suitable for self-study and as a one-semester course in topology.