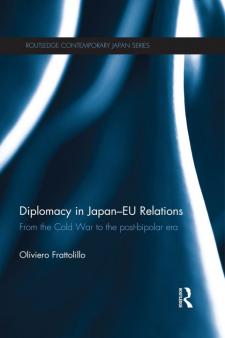 Since the 1950s, Japan-Europe relations have been characterised by a mutual coldness in terms of diplomatic dialogue, punctuated by a number of trade disputes. This book analyses the development of the political and diplomatic relationship between Japan and Europe, and shows that – especially during the Cold War years – whilst they share a wide range of political values and goals, the quality of diplomatic relations has often been sacrificed to both overcome trade issues and as a result of systemic factors. Focusing on the institutionalization of relations between Japan and the EU, this book examines both the historical-diplomatic dimension and political-strategic discourse. It traces the historical development of the relationship from the post-war years, to the signing of the Japan-EU action plan in 2001, which marked a key turning point in the relationship. It goes on to examine the achievements and criticisms of ASEM, the Asia-Europe Meeting, which whilst meeting successfully for the past sixteen years, has also been condemned as little more than a talking shop. Crucially, Oliviero Frattolillo’s analysis clearly demonstrates how the interaction between Japan and the EU has been constructed on the basis of their perceptions of each other, thus underlining the inherent impact of different political identities, cultures and values on international relations. Providing a keen insight into Japan-EU relations, this book will appeal to students and scholars of Japanese and European history and politics, as well as those interested in the history of international relations and security studies.