Diplomatarium of the Crusader Kingdom of Valencia 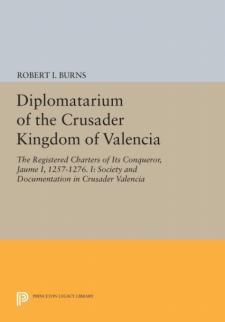 This work is the introduction to a series of volumes that will make available over 2,000 documents from the registers of Jaume the Conqueror at the Crown Archives in Barcelona the most impressive archives of this kind outside the papal series, and the first extensive use of paper by a European government. Originally published in 1985. The Princeton Legacy Library uses the latest print-on-demand technology to again make available previously out-of-print books from the distinguished backlist of Princeton University Press. These editions preserve the original texts of these important books while presenting them in durable paperback and hardcover editions. The goal of the Princeton Legacy Library is to vastly increase access to the rich scholarly heritage found in the thousands of books published by Princeton University Press since its founding in 1905.