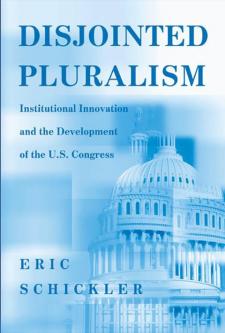 From the 1910 overthrow of "Czar" Joseph Cannon to the reforms enacted when Republicans took over the House in 1995, institutional change within the U.S. Congress has been both a product and a shaper of congressional politics. For several decades, scholars have explained this process in terms of a particular collective interest shared by members, be it partisanship, reelection worries, or policy motivations. Eric Schickler makes the case that it is actually interplay among multiple interests that determines institutional change. In the process, he explains how congressional institutions have proved remarkably adaptable and yet consistently frustrating for members and outside observers alike. Analyzing leadership, committee, and procedural restructuring in four periods (1890-1910, 1919-1932, 1937-1952, and 1970-1989), Schickler argues that coalitions promoting a wide range of member interests drive change in both the House and Senate. He shows that multiple interests determine institutional innovation within a period; that different interests are important in different periods; and, more broadly, that changes in the salient collective interests across time do not follow a simple logical or developmental sequence. Institutional development appears disjointed, as new arrangements are layered on preexisting structures intended to serve competing interests. An epilogue assesses the rise and fall of Newt Gingrich in light of these findings. Schickler's model of "disjointed pluralism" integrates rational choice theory with historical institutionalist approaches. It both complicates and advances efforts at theoretical synthesis by proposing a fuller, more nuanced understanding of institutional innovation--and thus of American political development and history.