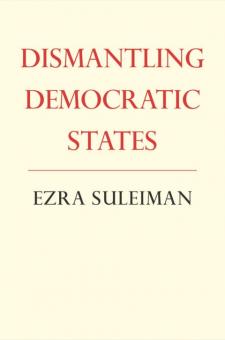 Bureaucracy is a much-maligned feature of contemporary government. And yet the aftermath of September 11 has opened the door to a reassessment of the role of a skilled civil service in the survival and viability of democratic society. Here, Ezra Suleiman offers a timely and powerful corrective to the widespread view that bureaucracy is the source of democracy's ills. This is a book as much about good governance as it is about bureaucratic organizations. Suleiman asks: Is democratic governance hindered without an effective instrument in the hands of the legitimately elected political leadership? Is a professional bureaucracy required for developing but not for maintaining a democratic state? Why has a reform movement arisen in recent years championing the gradual dismantling of bureaucracy, and what are the consequences? Suleiman undertakes a comparative analysis of the drive toward a civil service grounded in the New Public Management. He argues that &quote;government reinvention&quote; has limited bureaucracy's capacity to adequately serve the public good. All bureaucracies have been under political pressure in recent years to reduce not only their size but also their effectiveness, and all have experienced growing deprofessionalism and politicization. He compares the impact of this evolution in both democratic societies and societies struggling to consolidate democratic institutions. Dismantling Democratic States cautions that our failure to acknowledge the role of an effective bureaucracy in building and preserving democratic political systems threatens the survival of democracy itself.