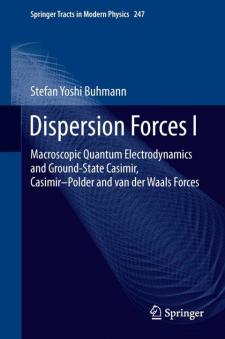 Dispersion forces acting on both atoms and bodies play a key role in modern nanotechnology. As demonstrated in this book, macroscopic quantum electrodynamics provides a powerful method for understanding and quantifying dispersion forces in a vast range of realistic scenarios. The basic physical concepts and theoretical steps allow for the derivation of outlined general expressions for dispersion forces. As illustrated by a number of examples, these expressions can easily be used to study forces between objects of various shapes and materials, including effects like material absorption, nontrivial magnetic properties and dynamical forces asssociated with excited systems.