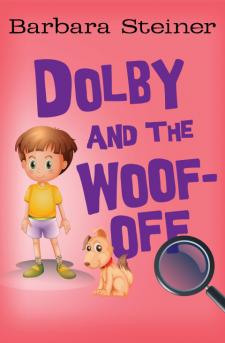 Bo is determined to help his dog, Dolby, win the starring role in a dog-food commercial, but will Dolby be up to the challenge?  Bo Dibbs wants to be just like his older brother, Oliver, who is always in the newspaper for his accomplishments, like saving a prairie dog habitat and getting the stegosaurus declared the state fossil of Colorado. When Bo finds out that Woofies Dog Food is hosting a “Woof-Off” contest to find a canine star for their new commercials, he realizes this is his chance to become famous. He decides to train the family dog, Dolby, to perform in the upcoming competition. With Dolby the Wonder Dog by his side, Bo knows he can’t go wrong! Dolby is a fast learner, and Bo is excited to show off his talent. Who says old dogs can’t learn new tricks? But when things don’t go as planned, Bo discovers that it’s much harder for old dogs to unlearn new tricks!