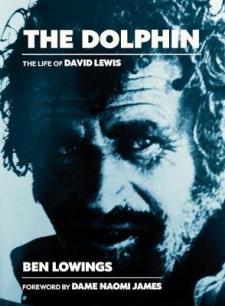 In this first biography of David Henry Lewis, Ben Lowings examines his lifetime of adventure forensically yet sympathetically, and unlocks the secrets of his determination. This British-born New Zealander was the first person to sail a catamaran around the world, the first - in Ice Bird - to reach Antarctica solo under sail, and the first to make known to Westerners how ancient navigators reached - and could reach again - the Pacific islands.

His many voyages resulted in thirteen books published and translated worldwide; many were bestsellers - We, the Navigators has not been out of print since first publication in 1972. David Lewis's achievements have been acknowledged with a series of awards, including that of Distinguished Companion of the New Zealand Order of Merit.

But the price of David Lewis's adventures had ultimately to be paid by others in the succession of families he created, then broke apart; and many of his actions brought him into conflict with the feelings of friends and contemporaries. We may legitimately ask 'was it really all worth it?'

For the first time his six marriages are revealed, through more than a year of original research in Britain, Australia and New Zealand - including interviews with all surviving family members, as well as friends and fellow voyagers. Events thinly-sketched or omitted in his own writings, such as his father's own failings, are investigated. His kayaking, mountain-climbing and sailing were struggles all the more difficult because of a fractured backbone, shattered elbow and impaired vision.

David Lewis's early years get the comprehensive documentation they deserve - in his own memoir he jumps straight from child to fully-fledged explorer. Inaccuracies are corrected in his tale of kayaking four hundred miles home from school. As playboy medical student, British paratrooper fighting in Normandy, and political activist in Palestine, Jamaica and London, he grappled with academic and colonial prejudice, and fought anti-Semitism and inequality; all is examined.

As a general practitioner in the East End's impure 1950s air he worked where the new National Health Service was most needed. Professional frustrations and marital disappointments were not soothed by weekend sailing. He would join a pioneering single-handed yacht race to America in 1960, leaving his first daughter to find him on board in Plymouth to say farewell only at the last minute.

In 1964 he would race again, but this time in a catamaran, and then, with Fiona, his new wife, and their daughters, girdle the earth in it. For the first time, their circumnavigation is described in part from Fiona's perspective. Media accounts and passages from his many books build up a picture of a consistently experimental, and utterly untypical, middle aged man.

Every word in the Antarctic logbook of Ice Bird - scrawled with freezing hands - is closely compared with literary sources, National Geographic articles and his commercially successful book-length account. A new critical appreciation shows the white heat at the core of his being. He has abandoned his children again, and been drugged by ocean solitude. But in the act of writing he is earning his place among humanity. To hell with the frozen hands.