The Downfall of Galveston's May Walker Burleson 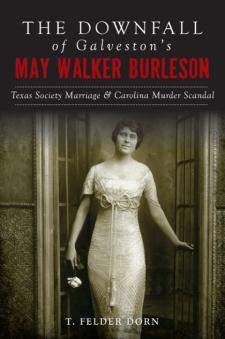 In 1884, Sierra County was formed in the Middle Rio Grande Corridor of the New Mexico Territory out of the existing counties of Grant, Dona Ana, and Socorro. Not everyone was pleased with the new county, and the courthouse was said to look like &quote;a dance hall.&quote; From the fortunes and misfortunes of the miners in the historical towns of the Black Range to the comings and goings of the railroad towns, Sierra County is rich in history. The town of Hot Springs (later renamed Truth or Consequences) came into existence when entrepreneurs decided that the naturally occurring mineral springs could cure arthritis, neuritis, rheumatism, and alcoholism. The Carrie Tingley Hospital for Crippled Children, built to take advantage of the natural warm springs to help in the treatment of polio, is now the current New Mexico State Veterans' Home. Sierra County is also home to Elephant Butte Dam and Caballo Dam, both of which have history with the Civilian Conservation Corps (CCC) camps.