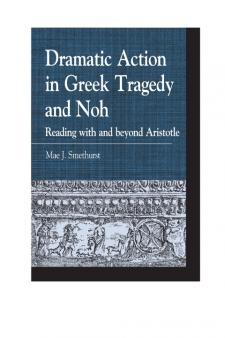 This book explores the ramifications of understanding the similarities and differences between the tragedies of Euripides and Sophocles and realistic Japanese noh. First, it looks at the relationship of Aristotle’s definition of tragedy to the tragedies he favored. Next, his definition is applied to realistic noh, in order to show how they do and do not conform to his definition. In the third and fourth chapters, the focus moves to those junctures in the dramas that Aristotle considered crucial to a complex plot - recognitions and sudden reversals -, and shows how they are presented in performance. Chapter 3 examines the climactic moments of realistic noh and demonstrates that it is at precisely these moments that a third actor becomes involved in the dialogue or that an actor in various ways steps out of character. Chapter 4 explores how plays by Euripides and Sophocles deal with critical turns in the plot, as Aristotle defined it. It is not by an actor stepping out of character, but by the playwright’s involvement of the third actor in the dialogue. The argument of this book reveals a similar symbiosis between plot and performance in both dramatic forms. By looking at noh through the lens of Aristotle and two Greek tragedies that he favored, the book uncovers first an Aristotelian plot structure in realistic noh and the relationship between the crucial points in the plot and its performance; and on the Greek side, looking at the tragedies through the lens of noh suggests a hitherto unnoticed relationship between the structure of the tragedies and their performance, that is, the involvement of the third actor at the climactic moments of the plot. This observation helps to account for Aristotle’s view that tragedy be limited to three actors.