A Dream within a Dream 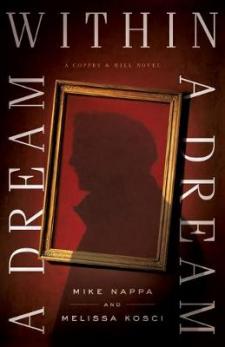 Trudi Coffey only realizes that she hasn't seen Samuel Hill in weeks when the FBI shows up asking questions about him. After a strange encounter with an armed man demanding her help and an attack by a member of the Boston mob looking for someone named Dream, Trudi manages to find Samuel--or rather, he finds her. He's made some pretty powerful enemies, but right now his full attention is on protecting Dream from the mob. Because Dream has something they want--the map to the location of artwork stolen from the Gardener Museum during the infamous 1990 heist.

With danger closing in from all sides, Trudi and Samuel will have to call on all of their allies to keep Dream safe and discover the identity of the people who have been hunting down Samuel. The real questions are whom can they trust? And who will make it out of this thing alive?