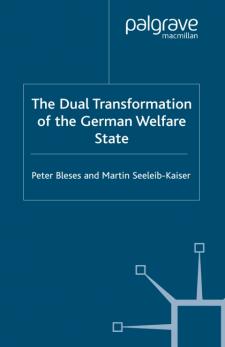 This book breaks new intellectual ground in the analysis of the German welfare state. Bleses and Seeleib-Kaiser argue that we are witnessing a dual transformation of the welfare state, which is caused by the emergence of new dominating interpretative patterns. Increasingly, the state reduces its social policy commitments towards securing the achieved living standard of former wage earners, which in the past had been the key normative principle of social policy in Germany, while at the same time public support and services for families are expanded.