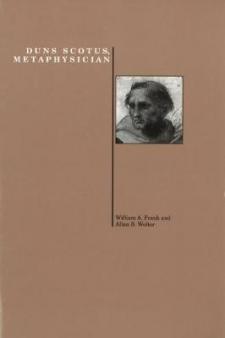 Long recognized as one of the greatest medieval philosophical theologians, John Duns Scotus made his most innovative theoretical contributions in the area of metaphysics. A careful and detailed study of his argument for the existence of God and the theory of knowledge that makes this possible provides the most direct access to his basic ideas. Unlike the Five Ways of Thomas Aquinas or Anselm's famous Proslogion argument, Scotus's proof is of another order of complexity and amounts to a little summa of his metaphysics. Among those theologians to accept Aristotle's scientific theory, Scotus is perhaps the first to realize fully its negative consequences if the philosophical doctrines of divine illumination and the analogical concept of being interact. His treatment of the God-question is distinguished for its deliberatively holistic approach to what was conventionally a series of unrelated topics.