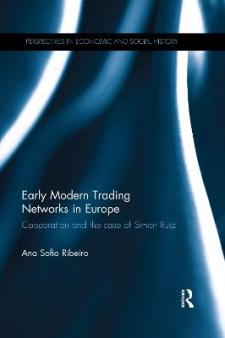 In the early modern period, trade became a truly global phenomenon. The logistics, financial and organizational complexity associated with it increased in order to connect distant geographies and merchants from different backgrounds. How did these merchants prevent their partners from dishonesty in a time where formal institutions and legislation did not traverse these different worlds? This book studies the mechanisms and criteria of cooperation in early modern trading networks. It uses an interdisciplinary approach, through the case study of a Castilian long-distance merchant of the sixteenth century, Simon Ruiz, who traded within the limits of the Portuguese and Spanish overseas empires.

Early Modern Trading Networks in Europe discusses the importance of reciprocity mechanisms, trust and reputation in the context of early modern business relations, using network analysis methodology, combining quantitative data with qualitative information. It considers how cooperation and prevention could simultaneously create a business relationship, and describes the mechanisms of control, policing and punishment used to avoid opportunism and deception among a group of business partners. Using bills of exchange and correspondence from Simon Ruiz's private archive, it charts the evolution of this business network through time, debating which criteria should be included or excluded from business networks, as well as the emergence of standards.

This book intends to put forward a new approach to early modern trade which focusses on individuals interacting in self-organized structures, rather than on States or Empires. It shows how indirect reciprocity was much more frequent than direct reciprocity among early modern merchants and how informal norms, like ostracism and signalling, helped to prevent defection and deception in an effective way. This book will be of interest to all early modern historians, especially those with an interest in economic history and the history of international trade.