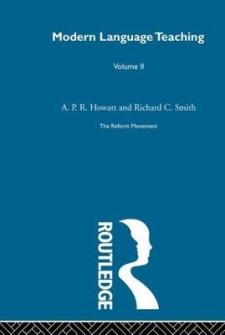 This volume forms part of a five volume set charting the progress of the nineteenth century movement, which was instrumental in establishing international guidelines for the teaching of modern languages. It was during this period that for the first time, co-operation between phoneticians and teachers culminated in the publication of works that were instrumental in establishing the 'applied linguistic' approach to language teaching in the twentieth century. For the first time, too, the new science of psychology influenced a scientific theory of second language acquisition.
The Reform Movement attracted support across Europe, spurring the development of new professional associations and journals. In turn, the publication in these journals of reports of innovative practice contributed to a greater sense of autonomy and professionalism among modern language teachers, who had hitherto tended to live under the shadow of classical language teaching. The practical innovations and theoretical suggestions for the foreign language teaching, although rooted in the nineteenth century, still have relevance today.