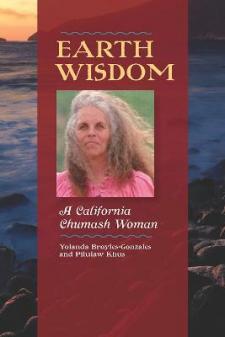 Pilulaw Khus has devoted her life to tribal, environmental, and human rights issues. With impressive candor and detail, she recounts those struggles here, offering a Native woman's perspective on California history and the production of knowledge about indigenous peoples. Readers interested in tribal history will find in her story a spiritual counterpoint to prevailing academic views on the complicated reemergence of a Chumash identity. Readers interested in environmental studies will find vital eyewitness accounts of movements to safeguard important sites like Painted Rock and San Simeon Point from developers. Readers interested in indigenous storytelling will find Chumash origin tales and oral history as recounted by a gifted storyteller. The 1978 Point Conception Occupation was a turning point in Pilulaw Khus's life. In that year excavation began for a new natural gas facility at Point Conception, near Santa Barbara, California. To the Chumash tribal people of the central California coast, this was desecration of sacred land. In the Chumash cosmology, it was the site of the Western Gate, a passageway for spirits to enter the next world. Frustrated by unfavorable court hearings, the Chumash and their allies mobilized a year-long occupation of the disputed site, eventually forcing the energy company to abandon its plan. The Point Conception Occupation was a landmark event in the cultural revitalization of the Chumash people and a turning point in the life of Pilulaw Khus, the Chumash activist and medicine woman whose firsthand narrations comprise this volume. Scholar Yolanda Broyles-Gonzalez provides an extensive introductory analysis of Khus's narrative. Her analysis explores "re-Indianization" and highlights the newly emergent Chumash research of the last decade. In the world of book publishing, this volume from a traditional Chumash woman elder is a first. It puts a 20th (and 21st) century face, name, identity, humanity, personality, and living voice on the term Chumash.