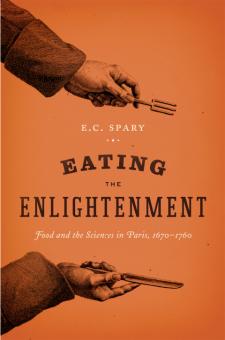 Eating the Enlightenment offers a new perspective on the history of food, looking at writings about cuisine, diet, and food chemistry as a key to larger debates over the state of the nation in Old Regime France. Embracing a wide range of authors and scientific or medical practitioners—from physicians and poets to philosophes and playwrights—E. C. Spary demonstrates how public discussions of eating and drinking were used to articulate concerns about the state of civilization versus that of nature, about the effects of consumption upon the identities of individuals and nations, and about the proper form and practice of scholarship. En route, Spary devotes extensive attention to the manufacture, trade, and eating of foods, focusing upon coffee and liqueurs in particular, and also considers controversies over specific issues such as the chemistry of digestion and the nature of alcohol. Familiar figures such as Fontenelle, Diderot, and Rousseau appear alongside little-known individuals from the margins of the world of letters: the draughts-playing café owner Charles Manoury, the “Turkish envoy” Soliman Aga, and the natural philosopher Jacques Gautier d’Agoty. Equally entertaining and enlightening, Eating the Enlightenment will be an original contribution to discussions of the dissemination of knowledge and the nature of scientific authority.