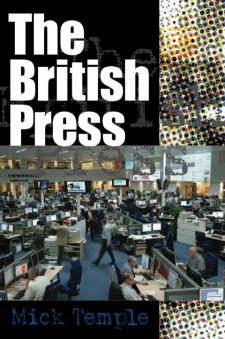 "Mick Temple's book makes an important contribution to the debate on the critical historical role and uncertain future of newspapers and the key place of quality journalism within that debate." Jeremy Dear, General Secretary of the National Union of Journalists, UK "This book provides a brilliant synthesis of academic and journalistic debate on the past, present and future of the British newspaper. Impressively up-to-date, it is an accessible and well sign-posted introduction to students of the news media and political communication and should become an essential addition to their reading." Martin Conboy, University of Sheffield, UK "A thorough and thoughtful investigation into the British press and its contribution to our social and political culture." Simon Kelner, Editor-in-Chief, The Independent This exciting book offers a practical introduction to the history, theory, politics and potential future of British newspapers. Focussing on the relationship between the press and political history, it examines their social and political impact, assessing the press’s contribution to enlarging and informing the public sphere. The author provides a theoretical critique of press developments. The first part of the text leads you through key historical moments from the English Civil War to Wapping and beyond, while the second half takes an in-depth look at current empirical and theoretical concerns. Scholarly yet accessible, Mick Temple is not afraid to take a position on today’s contentious issues. The book takes a more positive perspective on the British press than has often been the case, highlighting the online strength of great brand names like the Telegraph, Guardian, Sun and Mail. Temple argues that throughout their history, our newspapers have been vital conduits for public opinion and, on occasion, catalysts for social change. The British Press is key reading for journalism, media and social science students.