An Echo in the Mountains 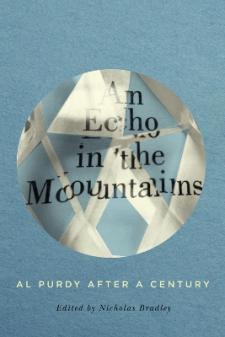 From the 1960s until his death in 2000, Al Purdy was one of the most prominent writers in Canada, famous for his frank language and his boisterous personality. He travelled the country and wrote about its people and places from Newfoundland to Vancouver Island. A central figure in the CanLit explosion of the sixties and seventies, Purdy has been called the best, the most, and the last Canadian poet.

But Purdy's Canada no longer exists. A changing country and shifting attitudes toward Canadian literature demand new perspectives on Purdy's impact and accomplishments. An Echo in the Mountains reassesses Purdy's works, the shape of his career, and his literary legacy, grappling with the question of how to read Purdy today, a century after his birth and in a new era of Canadian literature. Contributors to the volume examine Purdy's critical reception, explore little-known documents and textual problems, and analyze his representations of Canadian history and Indigenous peoples and cultures. They show that much remains to be discovered and understood about the poet and his immense body of work.

The first sustained examination of Al Purdy's works in over a decade, An Echo in the Mountains showcases the critical challenges and rewards of rereading an iconic and influential Canadian writer.