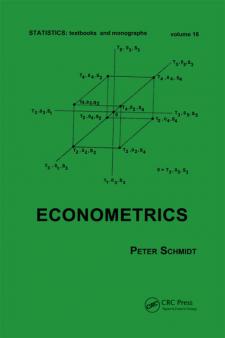 &quote;A collection of proofs of fundamental theorems, this volume utilizes a format that is exhaustive and consistent. Every result covered in ``Econometrics''is proved as well as stated. One notation system is used throughout the volume. The topics included in the book cover such areas as estimations and testing in linear regression models under various sets of assumptions, and estimation and testing in simultaneous equations models. The latter subject is treated more extensively than in most econometrics books, and the entire volume is characterized by its rigorous level of examination. &quote;