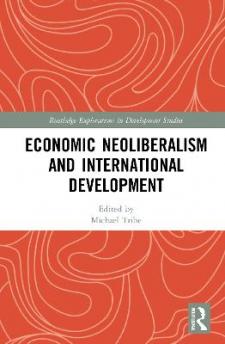 This book provides a robust theoretical and empirical exploration of the interrelationship between economic neoliberalism and international development.

Putting the experiences of developing and transitional economies centre stage, the book investigates how their economic policies compare with the nature of economic liberalism during and after the significant economic reforms which took place from the mid-1980s. Beginning with two chapters which provide an introduction to the concept of economic neoliberalism, the second section focuses on its application to 'practice', and the book moves on to country/regional case studies, taken from Sub-Saharan Africa, South Asia, Latin America, China, and Eastern Europe. The book closes with some concluding remarks summarising some of the principal findings.

Bringing together a wealth of expertise, this book clarifies controversial economic and political issues which have been significantly misunderstood in public discourse, and as such, it will be of interest to a range of researchers interested in the economic, social and political dynamics of developing and transitional countries.