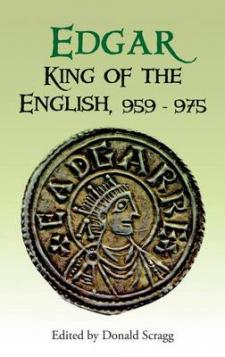 King Edgar ruled England for a short but significant period in the middle of the tenth century. Two of his four children succeeded him as king and two were to become canonized. He was known to later generations as "the Pacific" or"the Peaceable" because his reign was free from external attack and without internal dissention, and he presided over a period of major social and economic change: early in his rule the growth of monastic power and wealth involved redistribution of much of the country's assets, while the end of his reign saw the creation of England's first national coinage, with firm fiscal control from the centre. He fulfilled King Alfred's dream of the West Saxon royalhouse ruling the whole of England, and, like his uncle King AEthelstan, he maintained overlordship of the whole of Britain.

Despite his considerable achievements, however, Edgar has been neglected by scholars, partly because his reign has been thought to have passed with little incident. A time for a full reassessment of his achievement is therefore long overdue, which the essays in this volume provide.