The Edinburgh History of the British and Irish Press: 3 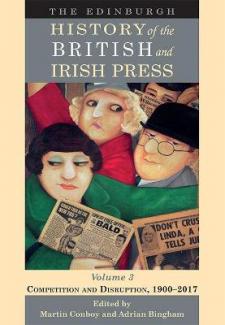 Captures the cross-regional and transnational dimension of press history in twentieth-century and at the start of twenty first-century Britain and Ireland
Offers unique and important reassessments of twentieth-century and contemporary British and Irish press and periodical media within social, cultural, technological, economic and historical contexts

At various points over the last 400 years, key political, economic and social processes, have worked to hinder or promote the expansion and dissemination of information across Britain and Ireland via newspapers and periodicals. In a contemporary era characterized by debate on the limits of devolution and the potential of independence we need to assess the roles played by newspapers and periodicals in enabling national and regional identities to emerge, cohere and diversify over time. How can we best identify the most significant of these processes? What were the critical flashpoints in their development? How have they marked the place of the press in civic society? What are the consequences in considering these within the general history of the British and Irish press? This proposed volume in a three volume series will address these matters, offering a definitive account of newspaper and periodical press activity across Britain and Ireland between 1900 and 2017, and addressing questions related to four key research interests: general social/political history; newspaper and periodical history; cultural history; technological history. A further aim is to situate such discussions within the larger framework of communication and media history.