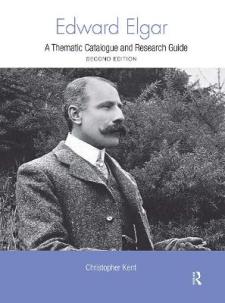 This updated second edition is an in-depth exploration of Elgar's compositions and of writings by and about the composer and his music. The past 16 years have seen a steady increase in scholarly publications and the emergence of The Elgar Society Journal, as well as further discoveries of the composer's MSS and letters, and the new edition incorporates this latest research. The compositions are examined in a work-by-work catalog, in chronological order, in which each entry gives a complete census and collation of manuscript, proof, text, biographical, printed edition and bibliographical sources for each item. The listing also includes unfinished sketches and details of much unpublished material. The bibliography section covers selected established literature as well as details of reviews and articles contained in the European periodicals at the climax of Elgar's career.

Christopher Kent was nominated unanimously by the Scrutiny Panel of the International Association of Music Libraries, Archives and Research Centres for the 2014 C.B. Oldman Prize for the most outstanding reference resource published in 2014. He received the award at their Annual Conference held at the University of Aston, Birmingham in April.