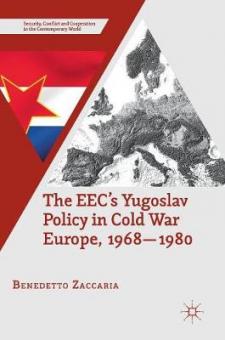 The disintegration of Yugoslavia in the early 1990s is often described as the starting-point of the EEC/EU involvement in Western Balkan politics, as if no political relations had developed between the EEC and Yugoslavia during the Cold War era. Instead, this book shows that the origin of EEC-Yugoslav relations must be placed in the crucial decade of the 1970s. Contrary to received opinion, this work demonstrates that relations between the EEC and Yugoslavia were grounded on a strong political rationale which was closely linked to the evolution of the Cold War in Europe and the Mediterranean. The main argument is that relations between the two parties were primarily influenced by the need to prevent the expansion of Soviet influence in the Balkans and to foster detente in Europe.