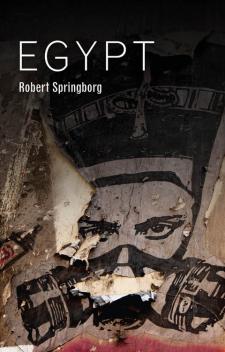 Egypt is one of the few great empires of antiquity that exists today as a nation state. Despite its extraordinary record of national endurance, the pressures to which Egypt currently is subjected and which are bound to intensify are already straining the ties that hold its political community together, while rendering ever more difficult the task of governing it. In this timely book, leading expert on Egyptian affairs Robert Springborg explains how a country with such a long and impressive history has now arrived at this parlous condition. As Egyptians become steadily more divided by class, religion, region, ethnicity, gender and contrasting views of how, by whom and for what purposes they should be governed, so their rulers become ever more fearful, repressive and unrepresentative. Caught in a downward spiral in which poor governance is both cause and consequence, Egypt is facing a future so uncertain that it could end up resembling neighboring countries that have collapsed under similar loads. The Egyptian "hot spot", Springborg argues, is destined to become steadily hotter, with ominous implications for its peoples, the Middle East and North Africa, and the wider world.