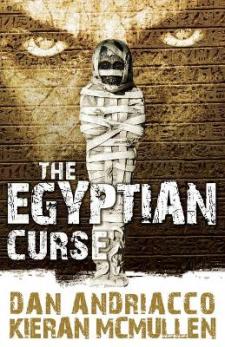 London, 1924: When Alfie Barrington is stabbed to death outside his club, suspicion quickly falls on his widow, the lovely Sarah - and on her former beau, Enoch Hale. The American journalist has an alibi, but he doesn't know her name and Scotland Yard can't find her. Determined to solve this case without the help of his friend Sherlock Holmes, Hale launches and investigation that brings him into contact with Leonard and Virginia Woolf, bohemian writers and publishers; P.G. Wodehouse, creator of Jeeves and Bertie Wooster; Howard Carter, discoverer of King Tut's tomb; and one of the greatest mystery writers of all time. A second murder sparks journalistic speculation of a curse related to Alfie's time in Egypt as a competitor of Carter and his patron, Lord Carnarvon. Hale doesn't buy that, but he doesn't come up with a better solution until it is almost too late. And in the end, it is once again Sherlock Holmes who puts it all together. This exciting historical mystery concludes the Enoch Hale - Sherlock Holmes trilogy that began with The Amateur Executioner and continued with The Poisoned Penman.