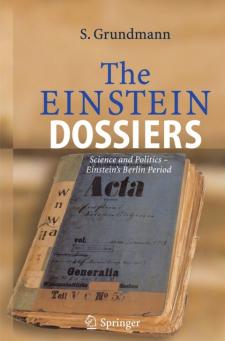 In 1919 the Prussian Ministry of Science, Arts and Culture opened a dossier on &quote;Einstein's Theory of Relativity.&quote; It was rediscovered by the author in 1961 and is used in conjunction with numerous other subsequently identified 'Einstein' files as the basis of this fascinating book. In particular, the author carefully scrutinizes Einstein's FBI file from 1950-55 against mostly unpublished material from European including Soviet sources and presents hitherto unknown documentation on Einstein's alleged contacts with the German Communist Party and the Comintern. Siegfried Grundmann's thorough study of Einstein's participation on a committee of the League of Nations, based on archival research in Geneva, is also new.This book outlines Einstein's image in politics and German science policy. It covers the period from his appointment as a researcher in Berlin to his fight abroad against the &quote;boycott of German science&quote; after World War I and his struggle at home against attacks on &quote;Jewish physics&quote; of which he was made a prime target. An important gap in the literature on Einstein is thus filled, contributing much new material toward a better understanding of Einstein's so rigorous break with Germany.