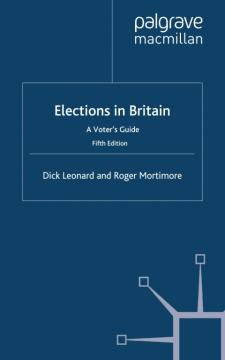 Big new changes in the British electoral system - devolved assemblies for Scotland, Wales and Northern Ireland, proportional representation for the European parliament and the direct election of London's Mayor - have all been introduced since the last general election in 1997, and others may be on the way. They are described and discussed by Dick Leonard, a leading political journalist and former MP, and Roger Mortimore, a senior opinion pollster, in this completely revised and updated edition of the standard work on British elections.