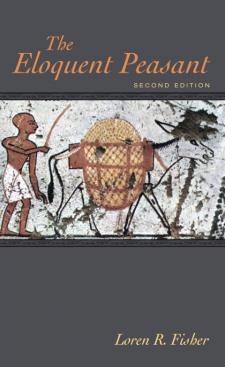 Four thousand years ago, Egyptian society struggled with the downfall of the Old Kingdom, which brought an end to material success and introduced anarchy and chaos. Out of this period of crisis came such literature as A Dialogue between a Man and His Ba, Instructions to Meri-ka-Re, as well as the story recounted in this volume, The Eloquent Peasant. In this story, Khun-Anup, a poor peasant, was robbed, beaten, and scorned by Nemtinakht, who was well connected. Khun-Anup appealed to authorities for redress but had to make his appeals nine times. This compelling narrative recounts the peasant's struggle for justice. Fisher's fresh translation with notes provides an engaging entry to a story that has contemporary implications.