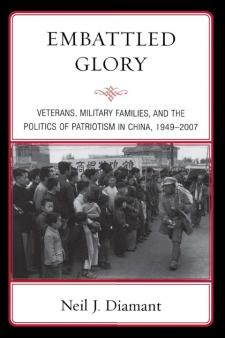 This groundbreaking book examines the treatment of veterans of the People's Liberation Army and military families as an illuminating window into Chinese patriotism, citizenship, and legitimacy. Using a wealth of recently declassified archival documents and employing a wide comparative perspective, Neil J. Diamant presents the first large-scale study of these groups in comparison to similar populations in other parts of Asia and in the West. He offers an unprecedented look at the "everyday interactions" among veterans, military families, state officials, and ordinary citizens as they attempted to secure urban residence, jobs, spouses, medical care, and respect. Often celebrated by the government for their glorious and patriotic service, veterans and military families were the beneficiaries of many policies, such as affirmative action in hiring and access to political power. But, the author asks, if veteran and military families were heroic, why did many of them compare their situation to "donkeys slaughtered after grinding the wheat" and "tossed-away dirty socks?" And what explains the thousands of suicides among veterans, rampant discrimination, and ongoing protests against the government? By comparing veterans in China to their counterparts in the United States, the Soviet Union, Israel, and elsewhere, this book provides important answers to the larger question of what circumstances lead to better or worse treatment of veterans, and what this treatment tells us about patriotism, legitimacy, and respect for military service.