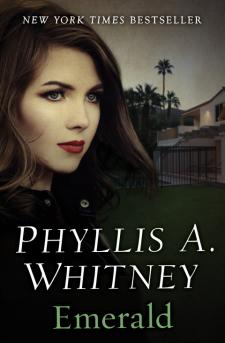 A woman heads to Palm Springs to stay with her great-aunt, a Hollywood star with a mysterious past, in this romantic suspense novel by an Edgar Award winner. Ever since New York journalist Carol Hamilton was a young girl, her great-aunt Monica Arlen has been for her the stuff of glittering, starry-eyed fantasy. Now, the reclusive movie star offers Carol an escape of another kind. In flight with her son from an abusive marriage, she's come to Monica's isolated, fortress-like home on Mt. San Jacinto in Palm Springsand not only for sanctuary. Carol hopes to do research for her biography of a once-celebrated life that has receded into the dark shadows of Hollywood history. Surrounded by an entourage of secretaries, companions, and servants, Monica is willing to give Carol and her boy refuge, and to Carol's surprise, she's receptive to telling her story. On one condition: Carol must tell the truth about everything, including Saxon Scott, Monica's most dashing and enigmatic leading man. Meanwhile, Carol is tempted by the prospect of a new man who could heal her wounded heartor shatter it. But as she digs deeper into lore and legend, she discovers that her great-aunt's secrets run as deep and dangerous as her past. Soon Carol will find herself entangled in a real-life mystery, and the final scene could very well call for murder. From the New York Timesbestselling ';queen of the American gothics,' Emerald is a novel of glamour, intrigue, and romantic suspense (The New York Times). This ebook features an illustrated biography of Phyllis A. Whitney including rare images from the author's estate.