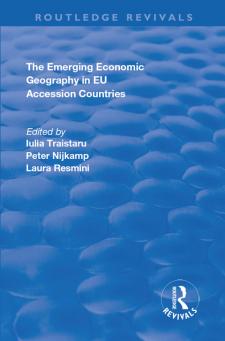 This title was first published in 2003. Since 1990, Central and Eastern European countries have experienced increased economic integration with the European Union. The spatial implications of this process have been little investigated so far. Have patterns of regional specialization and industrial concentration changed during the 1990s? How does regional specialization relate to economic performance? How has access to Western markets affected the regional wage structure? What types of regions are winners and what types of regions are losers? This book poses and answers such policy relevant questions. It is organized into three parts. The first introduces the main features of economic integration and transition processes in Central and Eastern Europe and discusses the theoretical and methodological framework of the research. The second part examines the cases of five countries: Bulgaria, Estonia, Hungary, Romania and Slovenia, and the final part includes three comparative analyses which explain the underlying factors that determine the changing patterns of location of manufacturing activity, the adjustment pattern of regional wages and adaptation processes in border regions in the five countries.