Emmanuel Levinas and the Limits to Ethics 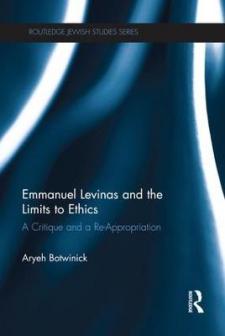 Emanuel Levinas and the Limits to Ethics highlights how radically different Jewish ethics is from Christian ethics, and the profound affinities that subsist between Jewish ethics and philosophical and political liberalism.

The philosophy of Emmanuel Levinas has captured the imagination of a global constituency who take his absolutizing of ethical demands and his assigning primacy to ethics over all other branches of inquiry in his mapping of Western philosophy to be indicative of a major re-ordering of both personal and cultural identity. It is this re-ordering, they believe, that would restore greater wholeness and value to human life. In this book, Aryeh Botwinick takes issue with both the theoretical analysis that Levinas engages in, and the practical ethical import that he draws from it.

Arguing that what Levinas has to say about both skepticism and negative theology can be used to re-route his argument away from the avowed aims of his thought, this book will be of great interest to students and scholars of Jewish Studies, Ethics and Philosophy.