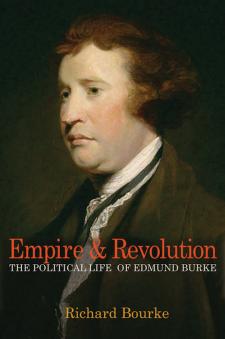 A major new account of one of the leading philosopher-statesmen of the eighteenth centuryEdmund Burke (1730-97) lived during one of the most extraordinary periods of world history. He grappled with the significance of the British Empire in India, fought for reconciliation with the American colonies, and was a vocal critic of national policy during three European wars. He also advocated reform in Britain and became a central protagonist in the great debate on the French Revolution. Drawing on the complete range of printed and manuscript sources, Empire and Revolution offers a vivid reconstruction of the major concerns of this outstanding statesman, orator, and philosopher. In restoring Burke to his original political and intellectual context, this book overturns the conventional picture of a partisan of tradition against progress and presents a multifaceted portrait of one of the most captivating figures in eighteenth-century life and thought. A boldly ambitious work of scholarship, this book challenges us to rethink the legacy of Burke and the turbulent era in which he played so pivotal a role.