Encyclopedia of Race and Ethnic Studies 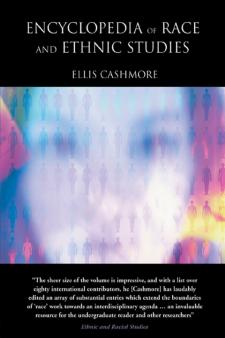 On September 11, 2001, 19 terrorists committed the largest and deadliest terrorist attack in the United States of America. The response from the inter-national community, and in particular the US, was swift. President George Bush declared what has commonly been referred to as either the 'War on Terror' or the 'Global War on Terror' on September 20, 2001. Four days later, he instigated the 'Financial War on Terrorism'. This book defines and identifies the so-called 'Financial War on Terrorism'. It provides a critical review of the impact of counter-terrorist financing strategies enacted by both individual jurisdictions and international organisations. Taking a comparative approach, the book highlights the levels of compliance in each selected jurisdiction and organisation with the requirements of the 'Financial War on Terrorism'. The book analyses measures introduced by the United Nations, including the UN sanctions against terrorists and the operation of its anti-terrorist sanctions committees, and the Recommendations of the Financial Action Task Force. It also reviews the counter-terrorist financing measures of the European Union and the Council of Europe, paying particular attention to the Framework Decisions on Combating Terrorism, the Council Common Positions on Combating Terrorism and the EU Anti-Terrorism Sanctions Regime. The book goes on to review the measures put in place in the US following September 11, 2001. Offering a much-needed legal analysis of the measures enacted under the 'Financial War on Terrorism', this book is a valuable resource for those researching in law, terrorism studies, criminal justice, and finance.