The End of Commitment 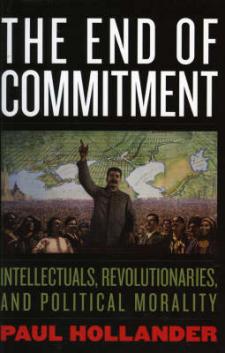 The seduction of some of the twentieth century's great thinkers by Communist ideology and ideals is one of the most intriguing stories in the history of that ill-fated century. How was it that these distinguished intellectuals, public figures, and revolutionaries could enlist in the service of ideas which, when put in practice, proved repressive? Much has been written about the durable attraction of communism; we know far less about the disillusionment it spawned. In The End of Commitment, the distinguished sociologist Paul Hollander investigates how and why those individuals who were attracted to communism finally abandoned the cause that moved them. His is the first book to take a comprehensive, historically comparative view of disillusionment with Communist ideologies and systems, both in the countries where they were introduced and in the West. Relying chiefly on the autobiographies and memoirs of defectors, exiles, and dissidents from Communist states (the Soviet Union, in Eastern Europe, and in the Third World) as well as similar writings of major Western figures, Mr. Hollander examines and compares the sources and expressions of this political disenchantment. Concentrating on the moral conflicts created by the clash of unrealized ideals and actual practice, The End of Commitment sheds new light on the failings and malfunctions of these systems that were fully grasped only by those who lived under them. In a final, provocative section, Mr. Hollander explores the attitudes of some distinguished Western intellectuals who resisted disillusionment and clung to their commitment in the face of a welter of discrediting information. In all, his book offers a new insight into the patterns and processes of political attitude formation, persistence, and change in different social and historical settings.