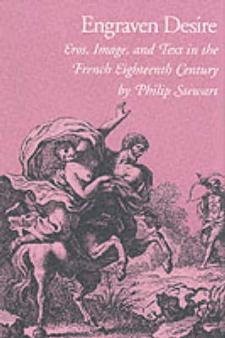 How do literary illustrations affect the way we read-or more subtly, what we read? Through a critical investigation of the role of engraving played in eighteenth-century French literature, Philip Stewart grapples with this question. In both its approach and its conclusions, his project marks a provocative departure from the tradition of viewing illustrations as merely pictures, rather than as texts to be interpreted themselves.
Focusing on the objectification of women by the "male gaze," Stewart analyzes the varous ways in which this masculine power is simultaneously represented and veiled: the fascination with women playing "male" roles, such as soldiers; the preponderance of voyeuristic images of the naked female body; the transformation of male power into hostile forces of nature that render women helpless. Further, Stewart shows how "indecent" engravings that purported to test the limits of eighteenth-century morality often merely reinforced prevailing images of women.
Addressing critical concerns about the societal enforcement of gender roles in literature along with essential questions about the function of illustration, Engraven Desire provides surprising insight into the culturally conditioned act of reading. Stewart's work, itself richly illustrated with hundreds of arresting reproductions, makes a significant contribution to our understanding of the interplay of art, literature, and society.