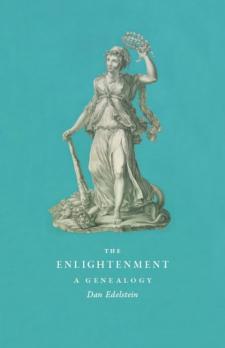 What was the Enlightenment? Though many scholars have attempted to solve this riddle, none has made as much use of contemporary answers as Dan Edelstein does here. In seeking to recover where, when, and how the concept of &quote;the Enlightenment&quote; first emerged, Edelstein departs from genealogies that trace it back to political and philosophical developments in England and the Dutch Republic. According to Edelstein, by the 1720s scholars and authors in France were already employing a constellation of terms-such as l'esprit philosophique-to describe what we would today call the Enlightenment. But Edelstein argues that it was within the French Academies, and in the context of the Quarrel of the Ancients and the Moderns, that the key definition, concepts, and historical narratives of the Enlightenment were crafted.A necessary corrective to many of our contemporary ideas about the Enlightenment, Edelstein's book turns conventional thinking about the period on its head. Concise, clear, and contrarian, The Enlightenment will be welcomed by all teachers and students of the period.