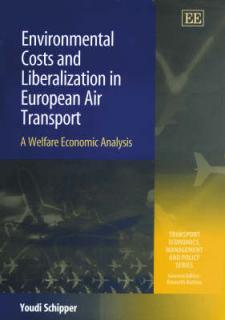 With air transport becoming an increasingly vital part of the economy, the regulatory reform of this market has been a major development in European political economy. This book focuses on two market failures within the airline industry - market power and environmental externalities - and analyses how they have been affected by deregulation. The author employs economic models complemented by extensive empirical research, to demonstrate how the introduction of competition, brought about by liberalization, has resulted in considerable consumer benefits.

The author argues that these benefits, such as increased choice through the expansion of operations, must be off set against increased environmental costs including greater noise pollution and emissions, not to mention the reduction of profits that often accompany market liberalization. In the process the book tackles a number of important issues including the background and history of airline regulation in the EU, the basic policy trade-off between monopoly power and external costs, monetary valuation of externalities, and the relationship between airline scheduling and external costs. Perhaps surprisingly, the author concludes that even in the presence of environmental costs, the introduction of competition in airline markets has resulted in net welfare improvements.

Policymakers, as well as practitioners and researchers of environmental and transport economics, should draw great value from this original and pertinent volume.