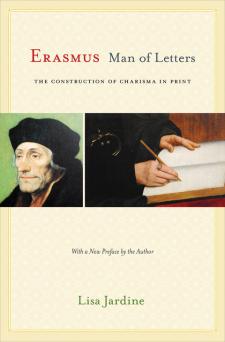 The name Erasmus of Rotterdam conjures up a golden age of scholarly integrity and the disinterested pursuit of knowledge, when learning could command public admiration without the need for authorial self-promotion. Lisa Jardine, however, shows that Erasmus self-consciously created his own reputation as the central figure of the European intellectual world. Erasmus himself—the historical as opposed to the figural individual—was a brilliant, maverick innovator, who achieved little formal academic recognition in his own lifetime. What Jardine offers here is not only a fascinating study of Erasmus but also a bold account of a key moment in Western history, a time when it first became possible to believe in the existence of something that could be designated "European thought."