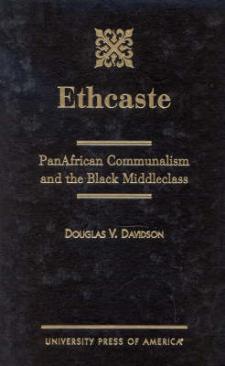 Ethcaste is a theoretical analysis and interpretation of one of the most complex and controversial groups in U.S. society-the black middle class. While this group has received accolades from the liberal journalistic press as well as academia, it has also been highly criticized and oftentimes ridiculed by radical black political activists and intellectuals. This analysis represents an effort to clarify the larger black community as an oppressed group constrained by the capitalist racial dynamics of the dominant white society. In so doing, it summarizes and critiques the major theoretical approaches to the study of social class in U.S. sociology as well as the dominant theories of race and ethnic relations. Noting that most of this preceding scholarship has studied the black community from the perspective that blacks constitute a racial (thus non-cultural) group as opposed to an ethnic (distinct cultural) group, the author presents compelling evidence of the vitality of black American culture and argues persuasively that any analysis of the black middle class must locate it within the cultural dynamics of the larger black community. The core argument in the text is that the so-called racial struggle must be re-defined as a cultural struggle where the core values, norms, and beliefs of the black community have been and continue to be in an intense struggle for dominance with the core values, norms, and beliefs of the white community. In essence, the book offers an alternative model for describing and interpreting the historical and contemporary racial dynamics between the black and white communities.